William Kim Pitcher of Newton, Utah, the “toughest of the toughest,” passed away peacefully at home, surrounded by his loved ones, on Aug 20, 2021 after a year-long up-and-down battle with leukemia. He was 69.

Kim was born on May 19, 1952 to William and Joyce Pitcher in Logan, Utah. He grew up in Benson, where he enjoyed riding horses, playing Tarzan in the “jungle” near his childhood home, and swimming in the Bear River. He graduated from Sky View high school in 1970, where he excelled in football and swimming. It was there, in English class, where he met the love of his life, Paula Zollinger. They were married for time and all eternity on November 2, 1972 in the Logan temple. Together, they raised 4 daughters and 1 son on the family farm near Newton. Becky (Park) Hammond of Nibley, Tammy (Mike) Dickson of Logan, Cody (Brooke) Pitcher of North Logan, Dana (Justin) Egbert of Smithfield, and Darcy (Ty) Smith of Newton.

Kim treasured spending time in the mountains with family and friends. He almost never missed a hunt, and loved saddling up for a tricky ride on a spirited horse. “We will never forget riding with him, listening to him sing Christmas carols and giggling at us as we puckered up going up and down the Wellsvilles on a horse.” He was a modern day cowboy who loved his country and what it stood for. He was willing to stand-up for what he believed and wasn’t afraid to take his horse anywhere. He lived by his favorite quote from his hero John Wayne, “Courage is being scared to death but saddling up anyway.”

More than anything, Kim loved spending time with his 15 “grandbabies.” He enjoyed telling them stories about “the good old days,” teaching them about horses and the outdoors, as well as how to shoot a gun, throw a football, or kick a soccer ball. He showed love for each of his kids and grandkids, by giving them each a nickname, unique to them, that stuck to them for life. He always sacrificed for his family, making sure they had everything they needed. His greatest joy was watching his posterity enjoy life.

Kim worked in the agricultural, construction, and trucking industries, where he made countless lifelong friends and had a great influence on all who knew him. He was generous and always willing to help those in need, often emptying his wallet for co-workers and friends. He lived by the motto that you should always take care of those who take care of you.

The family would like to thank the kind nurses and staff at the Logan infusion center and LDS hospital, who cared for Kim over the past few months. He also had a great influence on them. One nurse noted that, “I probably won’t remember his name forever, but I will remember how he made me feel. It was clear by watching him interact with his family that he was an example to live by.”

Kim is survived by his wife of 49 years, five children, 15 grandchildren, a great grand-daughter, and a great grandson (on the way). He is also survived by sisters Terri (Bob) Zeller of Logan, Kandis (Clair) Christofferson of Park City, Shari (Jeff) Hoggan of River Heights, Dina (Floyd) Naegle of Benson, and brother Rick (Connie) Pitcher of Wasilla, Alaska. He was preceded in death by his parents and his lifelong best friend, Richard Cooper of Layton.

To send flowers to the family in memory of William Pitcher, please visit our flower store.

Alright, I know I'm late to this goodbye celebration but have to leave a few thoughts. I'm the one that left the Valley and infrequently returned. However, I have a few comments about my buddy Kim. Here they r:
What a crazy, irresponsible, Fun living, fearless young man he was. In a good way of course! The boys side of Benson Elementary class of 1964? Larry Munk, Paul Johnson, DelRay Hobbs, John Cardon (sort of), Kim and me. We were thick as thieves during elementary school. Started to mature and separate during Junior high and had taken on individualism by high school.
Motor cycles. How did Kim get a motor cycle at age 4 or 5 or 14? He WAS one with the machine. Except when he crashed, which was often!! Broken arms - I remember two at once and one several times. 8 total?😜?
He and Zane Erickson, from Smithfield, were the motor cycle hero's of the underaged. They went everywhere on those darned accidents-waiting-to happen-machines. North Logan mostly. Before Paula. Who, sat near me, back of the class, in Sky View High School and laughed at my insane jokes and unruly behavior!
We went to Tony Grove on horses with the Scouts - probably 1965? Kim convinced me to borrow my Uncle Bob's horse and go with them. First time I had really been on one of those fowl creatures. And this one wanted to be in front all the time. Kim told me to just pull back on the reigns and I could control the beast. He was riding in front and I was next. When we went along a narrow path with a 1000 or maybe 10,000 foot drop off to the right and straight up to the left, old Uncle Bob decided to pass Kim's horse. I'm frozen to the saddle, Kim reached back and smacked Uncle Bob on the nose and he got back in line. I got ulcers that have never healed from that event! Along with a sore butt that lasted for days - and I've remembered for 56 years.
We then hiked to White Pine Lake. Holy Moly, across from the lake and up 500 feet was a cave. Of course we had to explore it! Got up there and all are thrilled, not Kim, he had to swing over the rock ledge and play Tarzan. Unfortunately, he started to laugh and lost his strength and couldn't pull himself back up. We all watched dumbfounded until we realized he really was in trouble. Formed a human chain, pulled him up and kept him from breaking some more bones or worse.

Morph forward 50+ years and I got to talk to Kim again at Zane's celebration of life. What a short time seemed to have passed. Memories of our life in Benson on bikes, Motor cycles and first cars were remembered and, lives well lived talked about.
The years of absence did not matter as we connected again without recrimination. Now, just 4 years later Kim has joined Zane and they r again riding Honda 90s and telling stories of their youth.
Paula and family, peace be with you and bless you for taking care of Kim over a lifetime!!!

Kim was so kind and so funny! I am forever grateful for the childhood memories playing with Becky and Tammy. As the years went by, when I would run into Paula and Kim, there was always a big smile and love straight from the heart. He still called me by my nickname from when I was a kid. Thanks Kim, for being such an amazing friend to my dad and I know you guys are having a good time again in heaven. You will be missed.

A photo was added for William Kim Pitcher 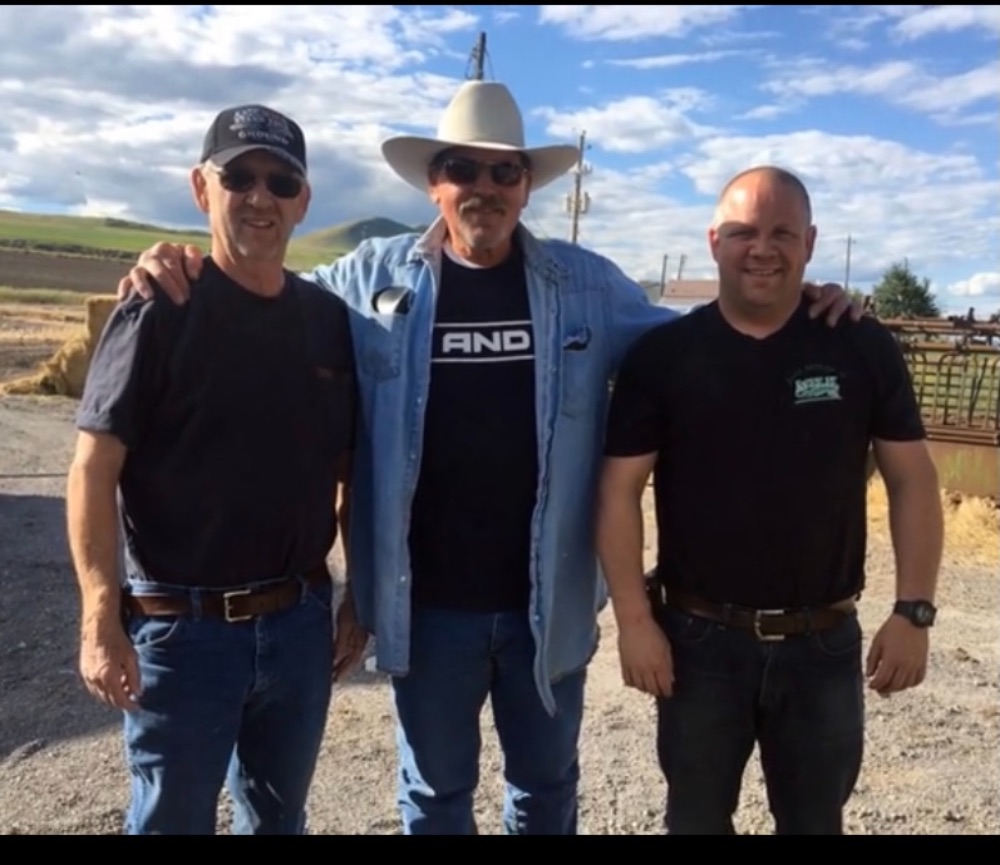 WHAT A GREAT GUY TRULY A GREAT FRIEND

Kim had a heart of gold, he always made me feel so loved when I would see him. I am beyond grateful to have known him and he gave me a beautiful sister I was never able to have! We love you kim. I know your greeting in heaven was beautiful and you will continue to watch over your beautiful family here on earth. You will be missed so much!

A candle was lit in memory of William Pitcher